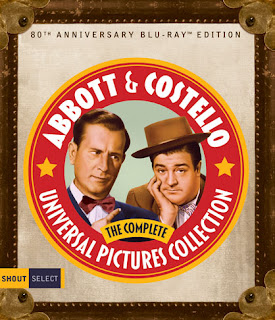 Shout Factory has just announced that they will be releasing the entire Universal Pictures library of Abbott and Costello films on November 5th! The package, released under the "Shout Select" label, will include all 28 movies that Abbott and Costello made while contracted with Universal, including their massively-popular comedy/horror films featuring the studio's iconic Monsters like Frankenstein, The Invisible Man , and The Mummy !
1 comment
Read more

This mail vlog is filled with tons of fantastic goodies sent to us by YOU GUYS, the Cereal At Midnight community! This one has just about everything: cult horror, wrestling, animation, vinyl, and kitschy sixties awesomeness!
Post a Comment
Read more
More posts