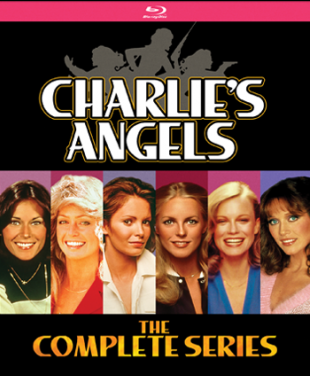 Good morning, Angels! Grab the hair spray, we've got breaking news! Mill Creek Entertainment has just announced that they will be bringing Charlie's Angels: The Complete Collection  to Blu-ray on October 29th! The 20-disc set will include all the episodes of the classic series, which ran from 1976-1981 and starred Farrah Fawcett, Kate Jackson, Jaclyn Smith, Cheryl Ladd, Shelley Hack, and Tanya Roberts. In addition to all episodes making their Blu-ray debut (in their original 1.33:1 aspect ratio), the set will also include the entire 2011 reboot series! Update: The release date has been changed from October 29th to November 19th.
Post a Comment
Read more

In this video, we unbox our haul from Kino Lorber Studio Classic's 5th Anniversary Sale! Check out our cheat sheet to the sale for all our top recommendations HERE :
1 comment
Read more
More posts