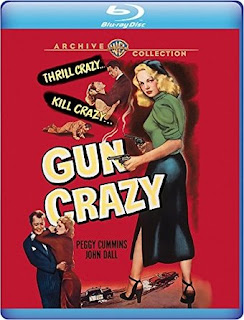 There's a lot to say about the movie  Gun Crazy.  Entire books have been written about it. Furthermore, it's frequently taught in film classes, and the movie holds a place on multiple cinematic achievement lists. I've known and loved Gun Crazy  for years, first "meeting" it via the "Film Noir Classic Collection Volume 1," released by Warner Brothers in 2006. Now the landmark movie has been restored and is available on Blu-ray courtesy of Warner Archive, and revisiting it has been an absolute pleasure. I believe this to be the definitive home video version of Gun Crazy .
1 comment
Read more
More posts