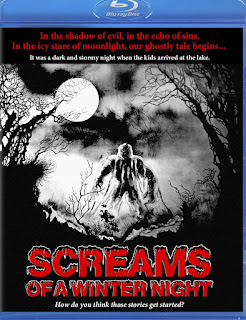 1979's  Screams of a Winter Night is now on Blu-ray courtesy of Code Red and offers an opportunity to see not only the original theatrical version that played in drive-in-cinemas and theaters almost forty years ago, but also to see a newly-restored, longer cut of the film that was believed to have been lost. The never-before-seen version of the movie runs nearly two hours (not 124 minutes, as the package proclaims) and adds over a half-hour back to the film's running time. Depending on your tolerance for low-budget seventies horror, this is either a good thing or a bad thing.
Post a Comment
Read more
More posts