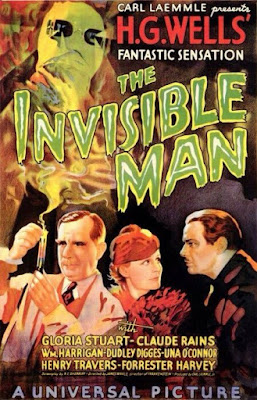 I recently had the great pleasure of picking up Universal's newly-released The Invisible Man Legacy Collection , which contains all six films from the classic horror series. As I've been making my way through the set, it occurs to me that I've been unfair to this particular franchise; I have relegated the character of The Invisible Man to second-string status, not of the same pedigree as the titans of horror, particularly Bela Lugosi's Dracula, Boris Karloff's Frankenstein, and Lon Chaney Jr.'s Wolf Man. In all honesty, I'm still struggling with whether or not The Invisible Man, The Creature From The Black Lagoon, and The Mummy exist on a lower level than their iconic brethren, but I will also admit that I think I've misjudged The Invisible Man, particularly the first film in the series from 1933. It's time for a Cereal At Midnight review!
Post a Comment
Read more

With Halloween just around the corner, we're taking a look at the family-friendly scary movies that aren't just for fun the adults, but for the kids too!
Post a Comment
Read more
More posts