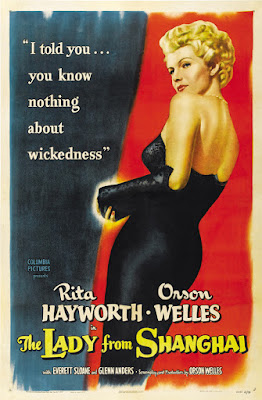 Sometimes great movies are made even when the people responsible for creating them seem to be doing their best to spoil the process. Such is the case with 1947's seminal film noir (a status I'll defend in a bit) The Lady from Shanghai . The behind-the-scenes drama of this wonderful film rival what eventually ended up on screen, with neither the writer/director/star Orson Welles being satisfied, nor its executive producer, Harry Cohn. Even audiences weren't all that interested in it back in 1947.  Orson Welles is famous for being a difficult entity with whom to work, and studio executives are famous for counting pennies and wanting things done their way. Those two personality traits aren't very easy bedfellows, and Welles has left behind a reputation as a man who pushed the buttons of the people that employed him. In response to the production of this movie, Harry Cohn went as far as to notoriously comment that he'd never again hire one person to write, dire
Post a Comment
Read more
More posts