Mer-Man on a Kraken! 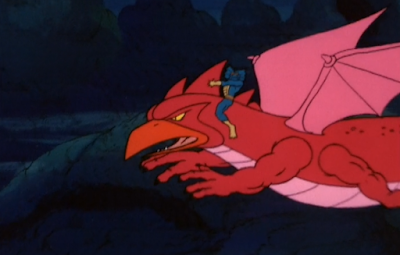 I was watching some episodes of Filmation's  He-Man and the Masters of the Universe  cartoon and ran across this image, which I loved so much I just had to share. It's taken from the 32nd episode of season one, "Search for the VHO." In the story, He-man and Teela must save a researcher and his son who are trapped in the water off the coast of an island. This brings He-Man directly into the domain of Mer-Man, but Skeletor's flunkie has some help: A KRAKEN!
Post a Comment
Read more
More posts