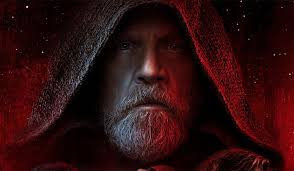 So here's a true story: I woke up in the middle of the night with all these The Last Jedi debates raging in my head and couldn't go back to sleep for at least an hour. I just lay there thinking about all the internet outrage over this divisive movie (that, as I write this, has just been named the highest-grossing film of 2017) and this article you're now reading began to crystalize in my head. I'm not sure I'll be able to put it together with the clarity that I had in the pre-dawn hours of the early a.m., but I'm going to give it my best shot. I hadn't planned on writing anything else about this movie, and I've been enjoying some time off for the holidays. Besides, neither the world nor the internet need another write-up about The Last Jedi . I can't imagine anything needing to be said that hasn't been already, but...here I go writing another piece on the movie. Part of why I feel it's necessary is because I was so glowing on the movie wh
Post a Comment
Read more
More posts