Horror Remakes and a Tale of Two Fogs 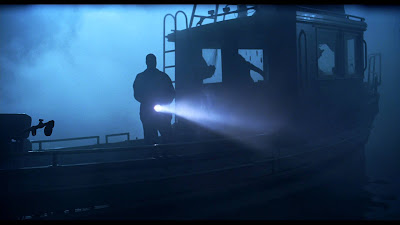 I just sat down and re-watched the 2005 remake of John Carpenter's 1980 classic The Fog . I had seen it when it was new, which I guess makes sense, since I was in my mid-twenties back in 2005 and pretty much the entire cast was also of a similar age at the time. You could even argue that the movie was tailor made for me: it stars Tom Welling, whom I really enjoyed on Smallville, Maggie Grace, who I watched on Lost, and Selma Blair, who was--and still is--reason enough to watch any movie. So by starring actors I was interested in and who were also close to my own age, The Fog  felt current. And yet that movie failed to make much of an impression on me in 2005, so much so that my memory of it since then has been that's it's okay, but really just "meh." But in the years since I saw the remake, I did see (and subsequently fell in love with) John Carpenter's original. Furthermore, John Carpenter has gone from a director whose films I knew and thought I apprecia
Post a Comment
Read more
More posts