Rolling Stones From the Vault: Sticky Fingers Live at the Fonda Theatre 2015 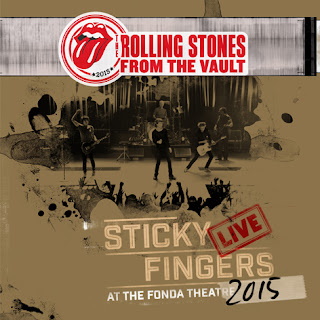 As a fan of The Rolling Stones, I'm a little embarrassed to admit that this is the first one of their "From the Vault" releases that I've purchased, though I believe this is the seventh one they've put out. Part of what's been keeping me away is that there are simply too many choices. Consider this release, which can be bought on a DVD/3-LP set, a Blu-ray/CD combo, a DVD/CD combo, and a standalone Blu-ray. Too many options means I can't decide which one of those I want the most. They all have their pros and cons. In the end, I chose the Blu-ray/CD combo, so that's the source for this review. I'll mostly be talking about the Blu-ray of the concert itself, because the music on the CD is the same. Sticky Fingers  is widely regarded as one of the band's absolute best, coming three-quarters of the way through their absolute artistic and creative power. There are four albums that prove the Rolling Stones to be the greatest rock and roll band eve
Post a Comment
Read more
More posts