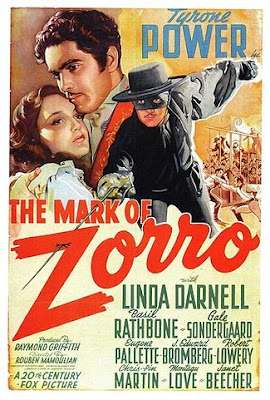 I'll admit something to you right off the bat: I wanted to like this movie more than I actually did. Don't get me wrong; it's a very good movie and I'm glad to have seen it, but I think I had built up my expectations to a level that could never be met, regardless of how good the movie is. See, for years, 1940's The Mark of Zorro  has been known to me as the movie that a young Bruce Wayne and his parents had just seen when they were gunned down in an area of Gotham City known as Crime Alley. Legend has it, according to at least two comic book writers, that Thomas, Martha, and Bruce Wayne had just left the theater and were walking home when they were approached by Joe Chill, and the events that followed changed the course of Bruce's life forever. I've always liked this particular origin because it meant that Batman was motivated not just by the death of his parents, but by the heroism of Zorro that he had witnessed on screen that night and that Zorro's
2 comments
Read more
More posts